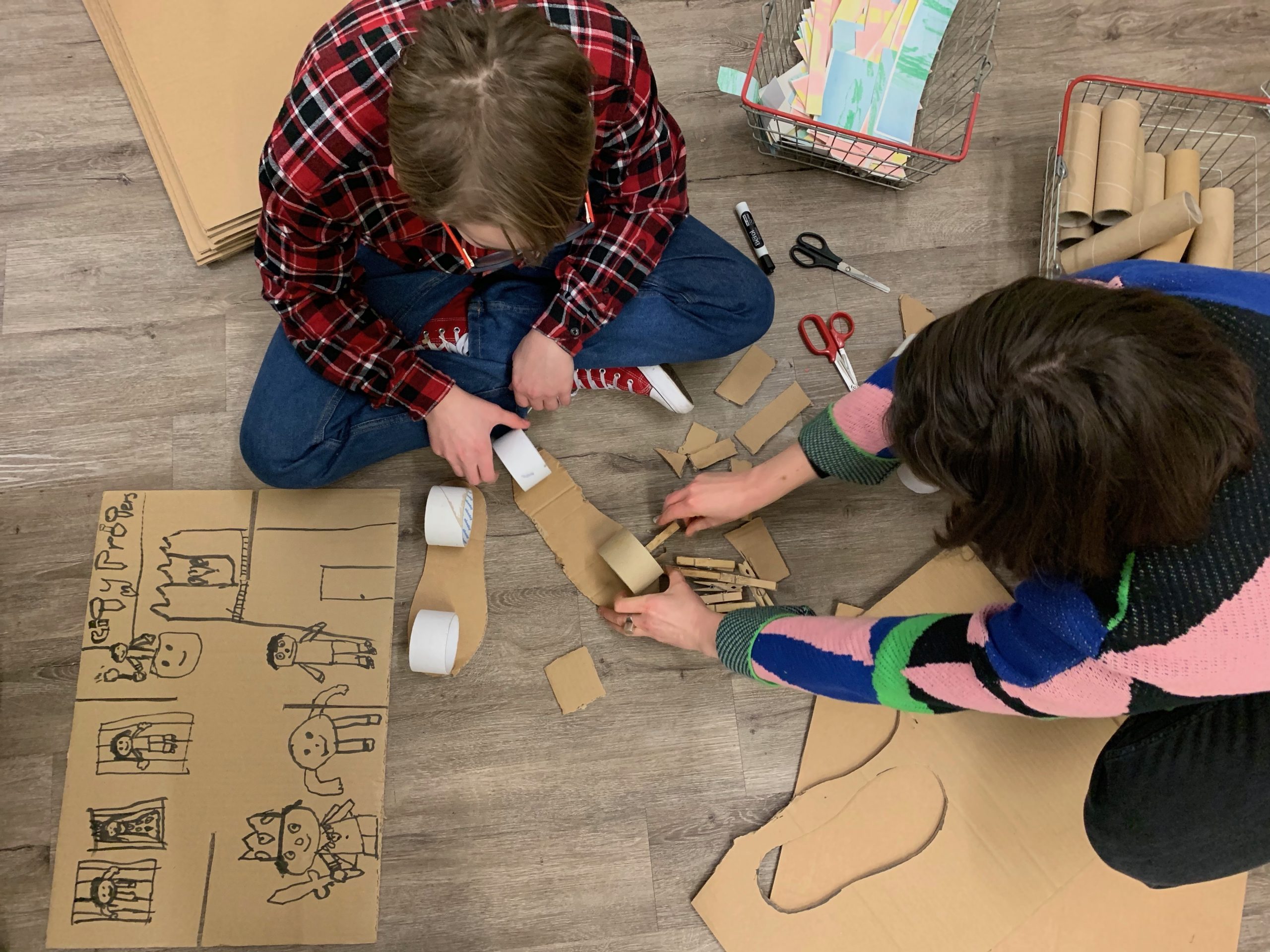 Welcome to Playing Out … and Playing In

A culture, arts and play project for Bootle

By the Playing Out team

Did you know that in 1948 Beatrice Street became the first Play Street in Merseyside, closed to traffic from sunrise to sunset, to create space in Bootle’s warren of streets and warehouses for local children to play. This is the inspiration behind our unique culture, arts and play project ‘Playing Out’ that began in early 2020.

We are a partnership between Rule of Threes and Community By Nature, and our original plan for ‘Playing Out’ was to explore Bootle’s history of play, from the first post-war Play Streets though to Community By Nature’s pioneering Forest School work. ‘Playing Out’ would create new arts projects for, and with, Sefton families with the help of Queens Road Community Centre, Christ Church Primary School and Sefton Libraries Service.

Local groups had started to meet and create with artists including Pester+ Rossi and Nicki McCubbing. Stories were being told about the games children would play in the 1950s and 60s and plans were afoot to create exciting new events and happenings in the area.

Then lockdown began, and our team had to rethink the plans … for now.

With the support of Sefton Borough of Culture 2020, we have distributed over 100 play packs to children across Bootle, as the ‘Playing Out’ project temporarily becomes about ‘Playing In’.

The first Play Packs are now being received, and new designs will be launched later in July and in August. Each pack is designed by a different lead artist of national calibre, in response to the ideas developed by local children through the artist-led workshops held earlier this year, and to the recordings of spoken memories shared by older people in the area through a series of meet ups.

Parents and Carers are encouraged to share the family’s creations, using the hashtag #PlayingInSefton and also to share any ideas about new games to make and play.